Repairing a fridge is important to keep it operating optimally. You should ask a refrigerator repair technician to deal with the system as soon as you notice any potential trouble. Watch for these six signs it's time to repair a fridge.

Any type of condensation inside a fridge is a sign something isn't working properly. If there's water collecting in the fridge, there could be a problem with either the seals. Similarly, frost issues often arise then the fridge's defrosting unit is failing. A technician can check for the specific problem that's causing condensation, frost, or ice.

There are many versions of this problem. Your refrigerator could be running all of the time. It also might be operating above or below the set level. Even if the fridge otherwise operates fine, running it at the wrong temperature is problematic. A fridge repair company should check the appliance for issues with the thermostat, motor, sensors, and seals.

Water leaking onto the floor is never a good thing. If the fridge is leaking water, there's a good chance one of the water lines is bad. However, the issue could also be with the seals, particularly if the affected seal is on the bottom of the door. Condensation could develop and then leak through the opening.

Failing motors often make noises. Depending on the nature of failure, you might hear a buzz, hum, scrape, or clank. If the motor has electrical issues, for example, there might be a hum from the electricity. Broken parks can cause clanks or scarping sounds, especially if the motor is still spinning them around.

Not all evidence of condensation causes water to appear. Sometimes there's just enough condensation to promote musty smells. This happens if mold is growing in the fridge. Particularly if the smell reappears within a few weeks after you clean the fridge, there's a good chance enough water is sticking around to cause mold. You may also notice mold appearing sooner on food, especially if you store a product like cheese that tends to be mold-friendly.

Also, high temperatures can promote bacteria growth. If you notice a spoiled smell, the temperature may be running too high.

Many electrical appliances will draw extra power to compensate for failing components. This leads to higher electrical bills. If you see the electrical bill going up for no reason, the fridge may be the culprit. 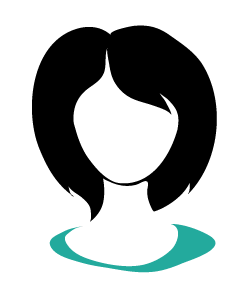 Repairing a fridge is important to keep it operati …

If your dishwasher is not working properly, the fi …

If you have a business that relies on commercial r …

Hot tubs are a great way to enjoy a luxurious life …

If you run a perishable food business, one thing y …